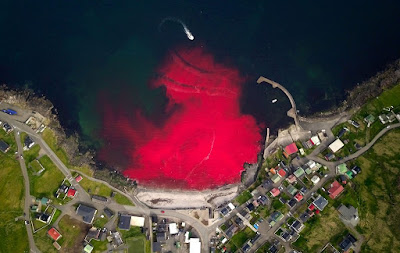 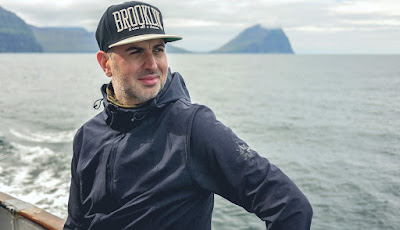 Jakub Witek sigur soleiðis frá um byrjanin til at hann fór at filma póllendingar í fremmandum londum: "In 2015 I cycled around Iceland, and during this adventure I met a lot of Polish people, who decided to live there, which I found surprising. Their stories were so fascinating and unique that a year later I came back to circle Iceland again, but this time in a 4x4 and with a camera, to shoot my first documentary: Isoland: Icelandic stories of Polish immigrants. As of today it has more than 140.000 views. After that I started developing an idea for the next movie, and I read some articles about Polish people living in the Faroe Islands. So, in the beginning I've planned to make a movie about Poles living in the Faroes, but after my first trip I've discovered more about your history, culture, and tradition and I decided to make a movie about the Faroe Islands in general, but with the addition of three wonderful Polish women. 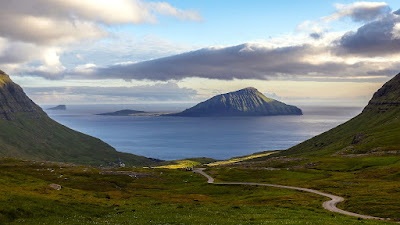 "I was lucky enough to visit the archipelago four times - each trip took place in a different season. Summer was obviously the best time, but even at the end of November I had some luck with the weather, and me and my friends experienced a few wonderful sunny days. During those trips I visited eleven islands. I couldn't reach smaller ones like Koltur, Hestur or Lítla and Stóra Dímun. I've tried traditional Faroese food, I've climbed Slættaratindur, learned about the history in Tinganes, I've hiked the lighthouse on Mykines and the beach in Saksun, went for a fishing near Svínoy, experienced grindadráp in Syðrugøta, and I've caught a ferry or helicopter to Fugloy, Kalsoy, Suðuroy and Sandoy. It was truly an amazing journey. During my research I've come across a group on Facebook for Polish people living on the Faroe Islands, Polonia Farerska. That's how I met Kinga Eysturland from Klaksvik, who then connected me with Ewelina Joensen, also from Klaksvik - first Polish person who graduated from the University in Tórshavn - and Klaudia Borowiec, a young architect who worked for the Henning Larssen branch in Syðrugota." 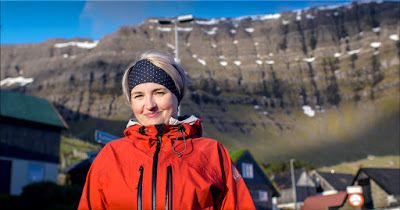 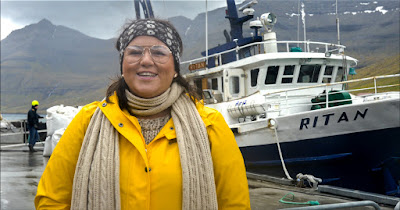 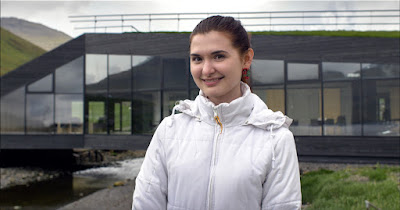 "The people that I've met have definitely embraced the Faroese culture, traditions and most importantly - respect towards nature. I think Ewelina Joensen is the best example. She's lived on the archipelago for 19 years, she is married to a Faroe Islander, and they are raising two children together. She works as a pedagogue, and is also a part of the Baptist church, and loves to hike Faroese hilltops. Kinga is a graduate of Scandinavian studies, she lived and studied in Denmark, and then she decided to move to the Faroes, so for her it was a very conscious decision. Now she runs a guesthouse in Klaksvik, and she is an excellent guide, full of fascinating stories and tips about the Faroes. Klaudia, on the other hand, came on the student internship, and after that she decided to stay and work here full time. She also quickly fell in love with Faroese nature and the calm, balanced way of life on the Islands. To be honest, I couldn't have made this movie without these women, their support, stories and many introductions to Faroese people.

"In my opinion there is no language barrier on the Faroe Islands, because everybody speaks excellent English. Even older people, which was quite a surprise for me, because in many countries all around the world, the elderly are the group most difficult to communicate with outside their national language. Faroese is of course difficult to understand when you hear it for the first time, and to me, many of the village names have crazy pronunciation, like Tjørnuvík, but after some time and training it gets better. It's amazing and beautiful that such a small community has its own language." 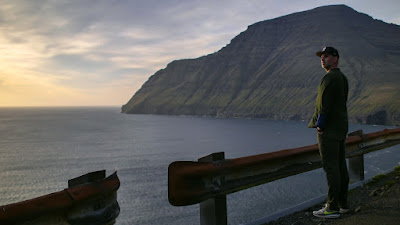 "Yes, I've used a drone and a handheld camera and yes, editing it at the end of the film was a deliberate decision. I wanted first to show a little bit of history, tradition, culture and build a connection between the viewers and the protagonists of my film, before moving on to this controversial subject."

"I read a few articles and talked to many Faroese people about the grind before I saw it, so I was a little bit prepared for the blood and I knew how complicated this subject is. Even with this preparation, I have to say that not many things in life created such mixed and extreme feelings in me. On one hand, I gave up eating meat, and the fate of animals is important to me. But on the second hand, I understand why it is done and how it brings the community together. I believe that anybody who wants to have an opinion on grindadráp, should first learn about the Faroese way of life and history. You can't disconnect that, say nothing about the origins and show only blood. That's very unfair. Even though most people eat meat and many breed animals which are suffering a much worse fate than the whales, I think most of the tourists would rather go on a whale-seeing tour than experience the grind and the blood. Besides, you have such amazing nature, clear air, fresh fish, awesome water to drink straight from the tap, you're a very smart and advanced country and grindadráp doesn't fit this picture."

"I did a few screenings in major Polish cities and festivals and received very positive feedback. Right now I'm preparing the international part of the marketing, and also Kringvarp Føroya will show it in the next couple of months. After that it will be available for free on YouTube for everyone to watch. The Faroe Islands are such an amazing and beautiful place and they deserve much more recognition," sigur pólski Jakub Witek at enda. 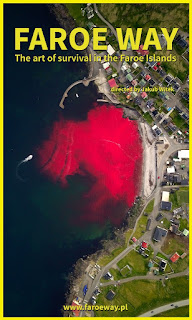